With the popularity of mobile Internet and the popularity of webcast, everyone can show on webcasting room. You can use a mobile APP to do webcast, or you can use PC-side software to do webcasting. Mobile phone apps are usually platform-bound so live stream by your mobile phone can only be published on the platform which the APP is bound. you cannot build your own webcast platform. how to build our own live broadcast platform?

Three following modules are required for webcast according to our past experience in video and audio transmission area.

Three modules are required for webcast, as follows:

It is used to manage application functions such as live channels, user information, interaction and logs. Users can query channels, log in through the functions provided by this module, and receive live broadcasts through browsers. 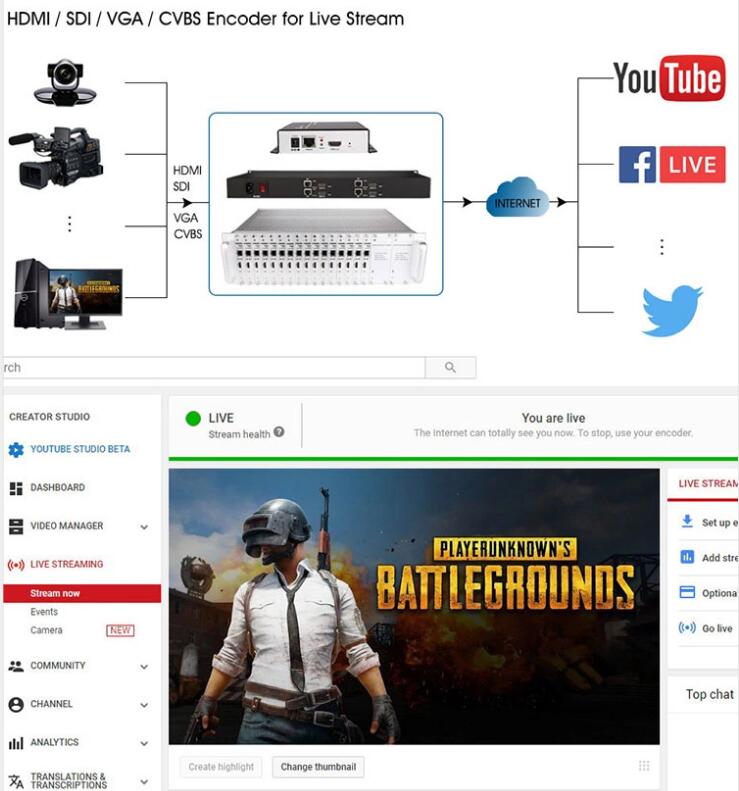 The above three modules are indispensable when doing live broadcasting. Now we simply list the software that we has used (only free software, and the paid software is temporarily not focused or ignored).

Produced by the well-known Adobe company, it is trustworthy. Adobe has stopped updating for a long time. The era is relatively old, but it is still a good encoder software.

The open source and free live broadcast system, developed in Java, can be ported to any platform, but requires the installation of a Java virtual machine.

The Nginx add-on module developed by the fighting ethnic Russian has powerful functions and superior performance, but unfortunately it can only be used under Linux, which is still a bit inconvenient to use.

The open source and free live broadcast server software has excellent performance and needs to be compiled under Linux.

1) It must support H264 encoding and MP3 or AAC encoding.

MP3: It is an audio coding standard, everyone is familiar with it, not much to say.

RTMP: Short for Real Time Messaging Protocol, developed by Adobe. Although it has not become an international standard, it is the de facto industry standard. No matter which company, as long as it is live broadcast, it has to be used. Today ’s mobile live broadcast apps push streaming The protocols used are all RTMP protocols.